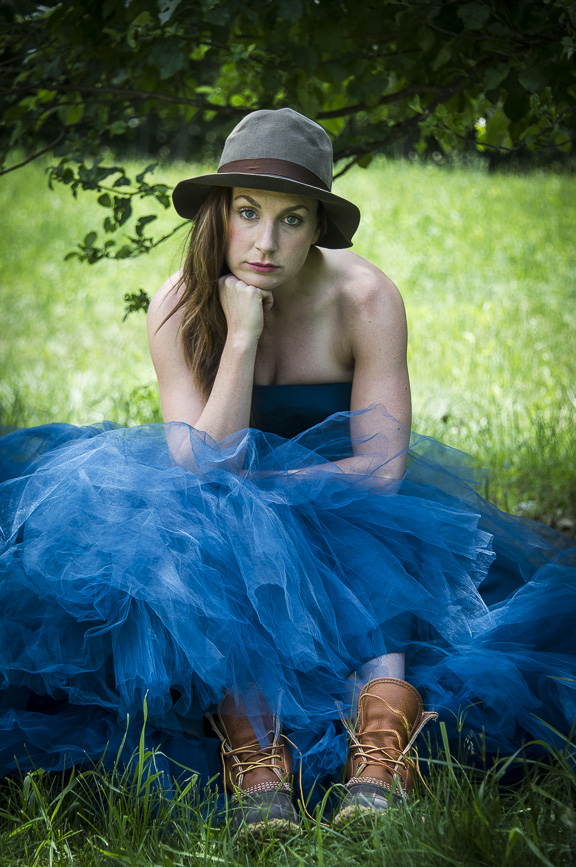 CRY IT OUT, by Molly Smith Metzler

Kinsolving jolts the audience fully into being just when they think they’ve learned everything there is to learn. Kinsolving, who sweeps onto the stage like every Hollywood she-villain ever, brings delicious humor and complexity to the role.
– https://www.newhavenarts.org/arts-paper/articles/why-cry-it-out-is-more-than-mama-drama
A tour de force performance.
– http://pioneervalleyradio.com/2019/11/07/brad-shepard-today-thursday-november-7-2019/
Ms. Kinsolving is perfectly stoic and brilliantly frosty.
– https://www.broadwayworld.com/connecticut/article/BWW-Review-CRY-IT-OUT-at-Hartford-Stage-20191108
A steely billion…Kinsolving is dynamic.
– https://www.ctinsider.com/entertainment/nhregister/article/Well-written-Cry-It-Out-charms-before-14810660.php#
Affecting and well-formulated performance… Convincing and portrays her character with whatever is required.
– https://www.talkinbroadway.com/page/regional/ct/ct658.html
Ms. Kinsolving…gave a heartfelt performance in her Hartford Stage debut…The actress had the great aim required by her role.
– https://patch.com/connecticut/hartford/cry-it-out-hartford-stage-review
Caroline Kinsolving’s strong, confident performance layered with plenty of fire and fury until the ball drops and the character reveals an anguished back story designed to reduce you to tears.
– https://jimruoccodesktake2.blogspot.com/2019/11/from-desk-of-jim-r-take-2-column-219.html?spref=tw
Caroline Kinsolving has the difficult task of making her character both bitchy and sympathetic. She does so with sophistication and aplomb and demonstrates you can’t always judge a book by its cover.
– https://stuonbroadway.blogspot.com/2019/11/review-of-cry-it-out.html
Perfectly crafted by Caroline Kinsolving.
– https://www.berkshireeagle.com/stories/two-bffs-share-the-challenge-of-new-parenthood-in-compassionate-cry-it-out-at-hartford-stage,590289

Monica: This Play Is Not About Monica Lewinsky, by Dianne Nora

“Monica stars Caroline Kinsolving as the complex, archetype-defying quasi-Monica…Valiant and vulnerable.
– https://www.broadwayworld.com/off-off-broadway/article/BWW-Review-Identity-Politics-Twist-in-MONICA-THIS-PLAY-IS-NOT-ABOUT-MONICA-LEWINSKY-at-59E59-20190729
“Kinsolving is a commanding performer and plays with Lewinsky’s strength, dignity, and vulnerability — all traits of the real-life person.”
– https://thebroadwayblog.com/monica-lewinsky-play/
“Caroline Kinsolving as the titular Monica has an admirable performance, portraying her character with dignity and intelligence.”
– https://playstosee.com/monica-this-play-is-not-about-monica-lewinsky/
“Monica, played with voluptuous tartness by the rich-voiced Caroline Kinsolving, was definitely the focus of the play and the emotions of all the other characters…charismatic.”
– http://www.theaterscene.net/plays/offbway-plays/monica/joel-benjamin/
“Smart, gifted, and charming”
– The UK Spectator

“Caroline Kinsolving is wonderful as Orgon’s elegant, wise young wife Elmire, who sets up the scheme that eventually unmasks Tartuffe. She’s very funny, especially in the scene where she permits Tartuffe to seduce her to reveal his true nature to her husband, who is hiding under a table… It takes a talented troupe of actors like those at the Shakespeare Theatre of New Jersey to drive the message home in an entertaining way.”

“The gorgeous production is eye candy, the actors deftly declaim their lines in rhymed hexameter as if it’s their natural way of speaking, and dramatic timing is so precise—so difficult to achieve in comedy—that “Tartuffe” is an uproarious romp. The sold-out crowd gave the 11 actors a well-deserved standing ovation.”

“Most auspicious among them are the ladies: Caroline Kinsolving, as his wife, Elmire, the sophisticated epitomé of restraint and judiciousness and the dramatic fulcrum of Tartuffe’s downfall.”

“About those women: Caroline Kinsolving as Orgon’s young wife Elmire, … as accomplished comedic actors as they are elegant models for designer Nikki Delhomme’s gorgeous costumes. Subtle traces of up-to-date feminism bring the play’s serious issues home without sacrificing any of Molière’s wit (or his and Wilbur’s nifty rhyme-scheme).”

“The company couldn’t be better. They are in full command of Moliere’s fast-paced, dialogue with its cleverly rhymed couplets. The lively, colorful characters in the show are wonderfully portrayed.”

“The entire cast is strong, especially Toon and Kinsolving.”

“Fine performance by Caroline Kinsolving. The famous seduction scene is as hilarious as it meant to be.”

“The funniest scene involves Elmire… Kinsolving carries the scene, alternating her fake passion toward Tartuffe to her coded hints to her husband.”

The highlight of the play is a tricky scene in which wife Elmire insists that Orgon hide under a dining room…and well, it is hilarious. The scene, staged perfectly, … is an uproarious moment that reminds you of the old Marx brothers movies.”

“Movingly portrayed by Caroline Kinsolving…generated much electricity here…Masur and the BSO infused the dance with quasi-Arabic sensuosity and subtle desire, while Caroline Kinsolving, as Anitra, danced seductively but increasingly added a subtle note of comedy.”
More:
https://alums.vassar.edu/news/stories/2017-2018/171201-bso-alumni.html
https://www.classical-scene.com/2017/10/24/bso-peer-gynt/

Venus in Fur, by David Ives

This production of “Venus in Fur” was nominated for Three Critics Circle Awards, including best actress, selected for best director, drama, and actress by the SDGLN, and was listed as one of the best productions in 2013 by Broadway World.

“Kinsolving gives a tour de force performance as Vanda/Wanda. She’s brassy, ballsy and amusingly awkward as the modern-day actress, but refined and intriguing as the 19th century novel heroine. And she’s got some mad, gravity- defying pole-dance skills as the taunting Venus.”
– UT San Diego

“Caroline Kinsolving has been terrific before, her performance as Jennie Malone in Neil Simon’s Chapter Two having won her a Memorable Lead Performance Scenie, but her previous work pales in comparison to her out-and-out brilliance as Vanda, a role which won its originator Nina Aranda the Tony and could well score Kinsolving similar honors when San Diego award season rolls around. Essentially playing two very different roles in a single play, Kinsolving’s transformation from 2013 Vanda to her 1870 namesake (and back and forth again and again) is absolutely stunning. I can only imagine how many actresses Kinsolving beat out for the role(s) of Vanda. Her revelatory work makes it no wonder she got the part(s).”

“The San Diego Rep may have mirrored Thomas’s search for a young woman able to play dumb as mud, then leap tall buildings at a single bound. She must flip styles, from extreme contemporary to classical and back: the one requiring the elasticity of a gymnast, the other grave, from the neck up formality, having only words to vent her passions. And the gymnast? She must shimmy up a metal pole, like a balletic Marine, and do a routine worthy of Cirque du Soleil. Enter Caroline Kinsolving. Oh my WORD! Who? Where’s she been?”

From her first entrance, Kinsolving owns the stage. She’s smart, freely sexy, and, even more to the point, relentlessly spontaneous. She flits from empyrean to bumpkin and to comedian (as when she says, “You don’t have to tell me about sadomasochism. I’m in the theater”). Kinsolving steals the show…”

Caroline Kinsolving delivers an astounding performance—she instantly transforms from the gutter mouthed actress to the classy Victorian time after time, stunning the audience with her stage presence and command. She is sexy, seductive, trashy, manipulative and engrossing. It’s a performance for the ages.”
– Stage Happenings

“We do know though, that Caroline Kinsolving is an enchanting and alluring actress who can transform herself from a savvy street fighter into the dignified Vanda von Danayev tempting her prey into her den on the turn of a dime. She can memorize an entire script that she supposedly just got her hands on and glanced at on the subway ride to the audition. Sex exudes from her every pore, look and stance. Her performance is charming, effortless and seducing.”
– EXAMINER

“But Venus, ruler of grace, charm and beauty (not to mention love and money), owns this play, despite Vanda’s contention that it’s really the slave that commands. Fortunately, Meek gets out of the way and Kinsolving is not shy about taking over. She is a pleasure to watch – both beautiful and a fine actress who can switch centuries in a trice, with accents, vocabulary and postures to match.”
– SDGLN

…the highlight of the play. Kinsolving is in radiant splendor. I cannot imagine a more sublime heroine!
– Casa Magazine

Kinsolving has a smile that will melt hearts, giving credence to the whirlwind of this romance.
– Society

Kinsolving achieves theatrical magic … with whom one can fall in love. Her charismatic presence at the heart of Chapter Two is the kind of happy surprise we could all use.

“As Jennie, Caroline Kinsolving strikes the right balance between strong-willed self-sufficiency and being so supportive and nurturing… Kinsolving delivers the play’s most impassioned—and memorable—speech.”

“an outstanding cast, headed by Caroline Kinsolving as a young divorcee. Each scene captures the essence of loneliness giving way to openness.”

“… a terrific cast, headed by Caroline Kinsolving as the divorced actress. Pitch-perfect in interpretation, with Kinsolving hitting both the comic and dramatic high notes with superior voltage. Kinsolving allows her reticence to vanish as her attraction mounts, then brings a Vesuvius-like temper to bear when the luster fades.”

“And the casting of Kinsolving in the lead role is absolute  perfection. Kinsolving’s Jennie reveals each facet of her personality and charm one layer at a time with her body language and most notably her facial expressions as George shares his life and his loss (and when the subject of the deceased wife is brought up, Kinsolving looks as if she suffered along with Lower). And when Kinsolving’s compassion and patience has been put to the test by George’s abusive behavior, she finally explodes with a monologue that is laced with outrage, courage, and loyalty to the man she loves. It’s a powerful moment for Kinsolving, resulting in the audience applauding at the end of her speech.”

“Caroline Kinsolving shows us that Jennie, too, harbors profound damage under her can-do surface. Kinsolving gives her character the gift of stillness. Jennie can hold a pose or gaze unflinchingly when she’s making a point or the going gets rough. This is a woman who’s determined not to commit a second mistake with romance, and she’s concentrating  every fiber on making things work.”

A Back Stage Critic’s Pick

“Major kudos to the cast, starting with lead actors Freddy Douglas and Caroline Kinsolving, who play still-infatuated Elyot and Amanda as though to the manner born. Kinsolving is entirely his match, especially adroit at physical comedy and commanding a vocal dynamic that runs the gamut from clarinet-like subtlety to bassoon-sounding octave drops.”
– Back Stage

“…an arresting Caroline Kinsolving… brings humanity to the text without neglecting the gleefully frivolous comedy that comes with playing a stock role.”
– LA Weekly

“I have seen other productions of this play with the role of Amanda played by Tammy Grimes, Maggie Smith, and Elizabeth Taylor. It is a role than an actress dreams of playing. Here, Amanda is played by Caroline Kinsolving in a performance that more than holds up against the previously mentioned ladies. You can see what Amanda is thinking in every moment in Kinsolving’s performance.”
– Golden News Review

“Amanda, exquisitely played by the beautiful Caroline Kinsolving, whose grace and poise is matched by her crack comic timing… Kinsolving displays a broad range of vocal delivery. She chews up and spits out Coward’s cutting dialogue with the controlled force of a raging bull, only to transition a moment later into a loving, gentle pussycat.”
– SM Mirror

“Kinsolving matches Douglas in a role that fits the patrician beauty to a T, and even the sharpest-eared audience member would be hard pressed to guess who’s the authentic Brit of the two. Douglas and Kinsolving have terrific chemistry together, and their comic timing is as sharp as it gets…As Sir Noël himself put it so well, ‘Wit ought to be a glorious treat like caviar.’ Caviar this production most certainly is.”
– Stage Scene LA

“Mr. Douglas and Ms. Kinsolving are captivating as two lovers who, at times, appear as if they have a case of theVirginia Woolf. … Ms. Kinsolving brilliantly and confidently carries the glamour of Old Hollywood.”
– Buzz in Arts

“The actors displayed a nearly-flawless performance. Kinsolving’s extended syllables and subtle sarcasm had the audience roaring with laughter and a few snorting.”
– Daily 49er

The Merchant of Venice

“Caroline Kinsolving …. brightens the stage throughout the night.”
– vcstar.com

Assured lead performances from Caroline Kinsolving as the banished Rosalind and Jane Elliott as her friend Celia and Kingsmen veteran Derek Medina’s solid turn as the self-centered manipulator, Oliver, remind us there is also a Shakespeare play going on.

Taming of the Shrew

“Kinsolving plays Kate strongly, bringing out the steel along with the pliability that serves her purpose. She’s a Kate that you can believe in.”
– Ventura County Star

“(Kinsolving) makes Kate a fearsome but admirable woman of spitfire intelligence and good breeding who never devolves into a caricature.”
– Ventura County Reporter

As Kate with Brett Elliott in “The Taming of the Shrew”